more on the burden of proof for god's existence

- November 12, 2011
In debates over the existence of God, we often find atheists accusing Christians of having "the burden of proof." Defectivebit of choosinghats.com wants to remind negative atheists such as myself that we do indeed make positive claims, and according to him this leaves us with our own burden of proof. Now, in a very trivial sense, it is quite true that we must make a certain claim when identifying ourselves as negative atheists. Namely, we are making the claim that we do not believe in God. Furthermore, this seemingly benign statement draws on various concepts, which in turn suggests that by identifying as negative atheists we must take up the positions that they are collectively (and possibly also individually) meaningful. For instance it appears we must assign some positive meaning to the concepts of belief, God, the self, and so on, if we want to truthfully identify as negative atheists. Further still, what appears to me the usual context of accusations of "burden of proof" on the part of negative atheists involves the notion that negative atheism has a sort of "default" epistemic status, i.e. that we should all be negative atheists unless we have reason to adopt an alternative position, and this view will obviously require a defense if challenged.

I fully agree that we should remember all this in our conversations, and be willing to address such issues when the need arises. However, to the extent that we are interested in finding out reasons to think that God exists, these observations about implicit claims and underlying assumptions aren't going to help very much. If the presuppositionalist Christian can only dig up problems with, say, certain views on the self, epistemic humility, crypto-theism, etc., then we can talk about those problems of course (for example I have addressed here and here a couple of the supposed problems associated with cryptotheism); but to do so would depart from the topic of whether or not we can actually manage to scrape up some good reasons to believe in God. This is not necessarily inappropriate---it could be, for instance, that the presuppositionalist thinks those problems must first be resolved before we can move on to dealing with the existence of God. Nevertheless, that won't change the fact that such discussions regard dramatically different issues, and will not by themselves provide us with reason to believe in God.

In short, the "burden of proof" really depends on what kind of conversation you want to have. Do you want to discuss whether or not we have reason to believe in God? If so, then the ball is going to have to start in the court of the theist who thinks we can find it. That doesn't mean the negative atheist gets to sit back and leave all the heavy lifting to the theist; however, his role will be largely responsory to the arguments and evidence which the theist will presumably present in favor of the existence of God. To date, I haven't seen defectivebit present any case---not even a rough outline---for the existence of God. If this is an oversight on my part, and defectivebit has indeed published online some kind of argument for the existence of God, then I would certainly welcome a link! However, as best as I can tell, he's only pointed out potential problems with the views of selected atheists, and this doesn't get him very far even in those instances where his criticisms are valid. Whenever he finally does offer an argument for the existence of God, then he will have thrown the ball into the court of the negative atheist, and we will at that time have to either respond or end the conversation. Until then, however, there's not much we can do in our capacity as negative atheists but point out that he hasn't given us any reason to believe.
agnosticism ChoosingHats cryptotheism negative atheism presuppositionalism

First, note that I am not using a sock puppet right now and never have on your blog.

Second, I like the new theme. It is the same one I used for my new blog, though I only just now saw that you are using it as well.

Third, I agree with virtually everything you have written here, except that I would not use the word "accuse" with respect to the issue of properly assigning the burden of proof. There is, after all, nothing wrong with having a burden of proof. The only other qualification I would make is that since the post(s) in question pertain to the atheist's burden of proof, it is a bit out of the way to critique them because they are not making an argument or providing evidence etc. for the existence of God. The authors of the posts did not intend to do that.
November 12, 2011 at 1:57 PM 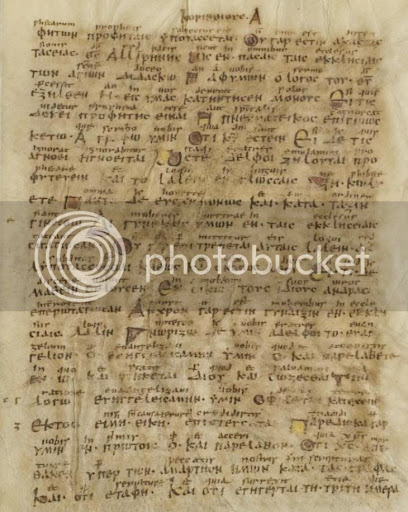